The first UN cease fire broke in July, it would take ten days for a second UN cease fire to be imposed, during that renewed period of fighting the Israeli Army gains ground in Galilee, central Isreal and Southern Judea. However Israeli Army attempts to take the fort at Latrun and the Old City of Jerusalem are defeated by the Arab Legion.  A biography of Egyptian Army commander in Palestine from May to October 1948, General Al – Mwani. 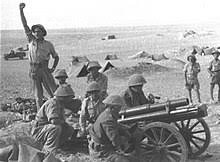