The different types of troops within the French Army, the Colonial Infantry, the Foreign Legion, North African and Indochinese soldiers.  A biography of the new French Governor in Indochina Emile Bollaert who tries to grant limited independence for Cambodia, Laos and Vietnam within the French Union.  Yet his plans for a peace deal with the Democratic Republic of Vietnam are prevented by the French Government who do not want to see a break up of its empire in Indochina.

The link for the RSS feed is in the show notes for episode 2.1.

The War in the North

The French military stage a coup to seize control of North Vietnam.  In Haipong with naval support take over the port.  The French Army win the battle for control of Hanoi,  The Viet Minh withdraw into countryside and avoid an open battle with the French Army.  The position of the International Communist Movement towards Vietnam.  A biography of the leader of the French Communist Party and strong opponent of the War in Indochina, Maurice Thorez

The French Army commander General Leclerc reaches a peace deal with the Democratic Republic of Vietnam, allowing Ho Chi Minh to run the domestic affairs of North Vietnam but allows the French Army to return to its former bases.  However General Leclerc is replaced by General Valluy who plans for a French military take over of North Vietnam, a biography of General Valluy.  The Geography of Vietnam.  Anti imperialism within the American press and public.

In August the Japanese Empire surrenders.  In Indochina, Nationalist seize the cities, in Hanoi, Ho Chi Minh declares the independence of the Democratic Republic of Vietnam.  In North Vietnam the Chinese Nationalist Army accepts the surrender of the Japanese Army but allow Ho Chi Minh Government to manage the internals of North Vietnam.  In South Vietnam the British Army helps the French regain control, the Viet Minh suffer heavy defeats.  A short biography of the last Vietnamese emperor Bao Dai, who will later play a further role in the First Indochina War.

To be released on Saturday 11th November.

To be released on Saturday 4th November. 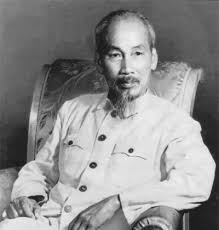