The Korean Volume One by the Korean Institute of Military History is another fine book on the first six months of the war.  It largely follows Roy Appleman’s Book in regard to the battles fought by the American Army but it adds much more details to battles fought by the South Korean Army giving a more balanced approach to contribution given by each army. 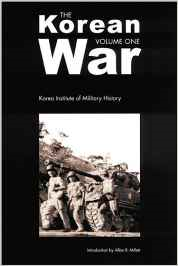